If offensive continues, we are ready to recognize Artsakh: Congressman urges US to send this message | ARMENPRESS Armenian News Agency

If offensive continues, we are ready to recognize Artsakh: Congressman urges US to send this message 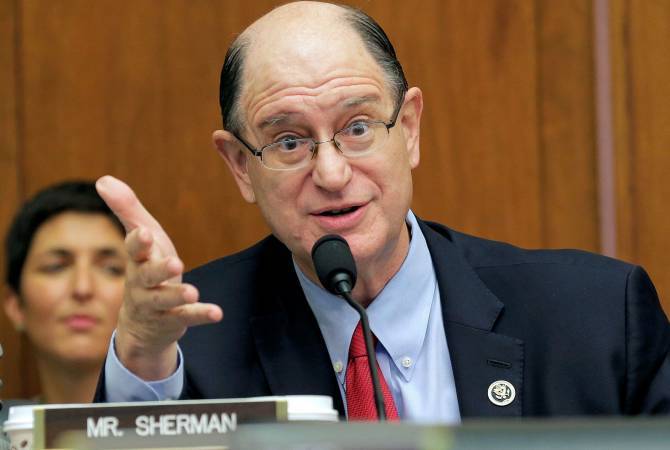 
YEREVAN, OCTOBER 23, ARMENPRESS. Congressman Brad Sherman urges the United States to send the following message to Azerbaijan that if the offensive continues, the U.S. is ready to recognize the independence of Artsakh.

“Four weeks on and Azerbaijan has violated TWO ceasefire agreements and continues its indiscriminate targeting of Artsakhians. The message from Azerbaijan is clear: violence, not negotiations, is the answer.

The U.S. must send a different message: if the offensive continues, we are prepared to recognize the Republic of Artsakh as an independent nation”, the Congressman said on Facebook.