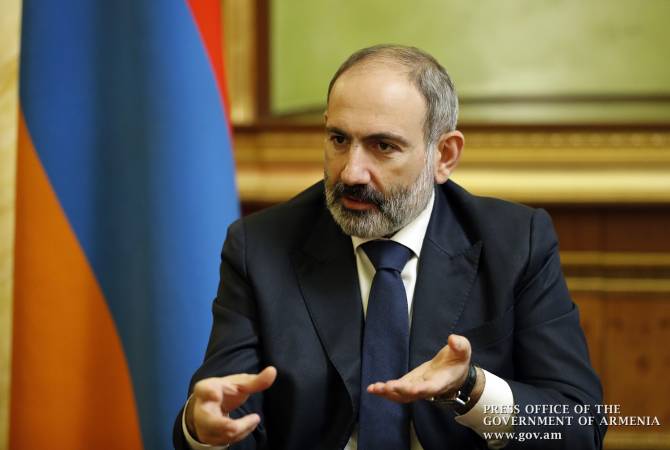 
YEREVAN, OCTOBER 22, ARMENPRESS. Prime Minister of Armenia sees the neutralization of terrorists in Nagorno Karabakh conflict zone in the framework of an anti-terrorist operation. ‘’This is one of the options’’, ARMENPRESS reports Pashinyan told Interfax.

To the question if the operation should be carried out only by the forces of the Armenian side, Pashinyan answered, ‘’No. The armed forces of Nagorno Karabakh do that in the limits of their opportunities. In fact, they are now fighting in three fronts – against the Azerbaijani army, against the Turkish army and against the terrorists. But I think it’s not only us to be responsible for the issue. We, of course, carry out anti-terrorism operation as much as we can. I think countries for which this situation is of concrete national security threat, should also intervene’’, the PM emphasized.

To the question if Russia and Iran are among the countries that should act, the PM said, ‘’Of course, first of all the Russian interests are at stake here. I want to draw your on the fact that during Nagorno Karabakh war at least two incidents occurred when anti-terrorism operations were carried out in Northern Caucasus. And the Russian officials said they had arrived from Syria. Before that the Russian external intelligence agency had confirmed the presence of terrorists in Nagorno Karabakh conflict zone’’, Pashinyan said, adding that the issue is if Russia will wait until they arrive, or will take preventive measures.