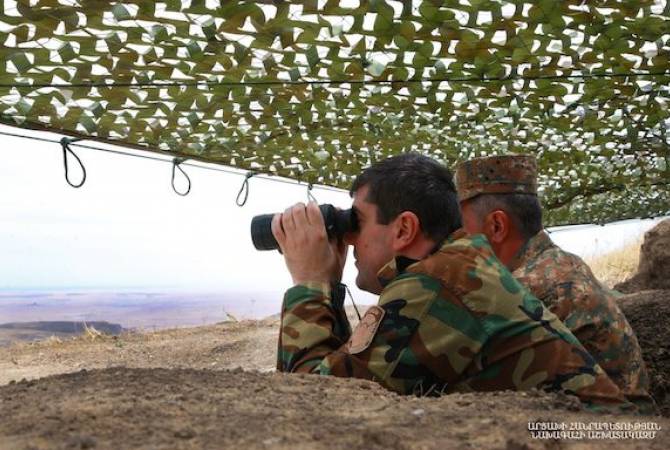 
STEPANAKERT, OCTOBER 22, ARMENPRESS. President of Artsakh Arayik Harutyunyan has returned from the frontline.

After the meeting with the soldiers he decided to address the Armenian people in a special video message from the trench.

“Dear compatriots, I want to address you from the frontline, just several hundred meters away from the adversary. In order to win, we mostly need to believe. Belief has the greatest power. I believe that we will win. I want all our churches to pray for our victims, and of course, for the soldiers fighting in the frontline. I want every Armenian to pray every day for our victory. I want today’s unity to be maintained. I want all of you to understand that the future of our nation depends on you. I want that you fulfill your duty towards the Homeland, and if possible fulfill that duty in the frontline. You are awaited in the frontline more than ever. Fulfill your duty towards the Homeland with an honor. This is a patriotic war. I want to state once again, we need to believe, I believe. We will win”, the President of Artsakh said.