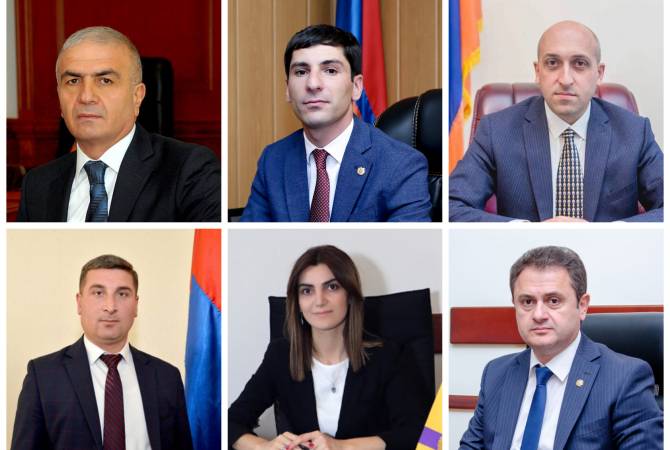 
YEREVAN, OCTOBER 22, ARMENPRESS. Mayors of towns and cities and provincial governors across Armenia are personally joining the military to lead volunteer detachments who are currently being formed in the country after Prime Minister Nikol Pashinyan’s October 21 call.

Armavir Governor Hambardzum Matevosyan said in a statement that mayors of all communities of his province are ready to join the military under his leadership. He said they are beginning to form volunteer detachments in all communities and will then head to the front.

Etchmiatsin (Vagharshapat) Mayor Diana Gasparyan, the only woman mayor in Armenia, announced she is also joining the military as a volunteer and called on citizens to form volunteer detachments.

Mayor of Yerevan Hayk Marutyan’s spokesperson Hakob Karapetyan said the mayor will head the capital’s volunteer detachment and that it is currently being formed.

Other governors and many mayors have signed up to lead the self-defense detachments to the frontline.