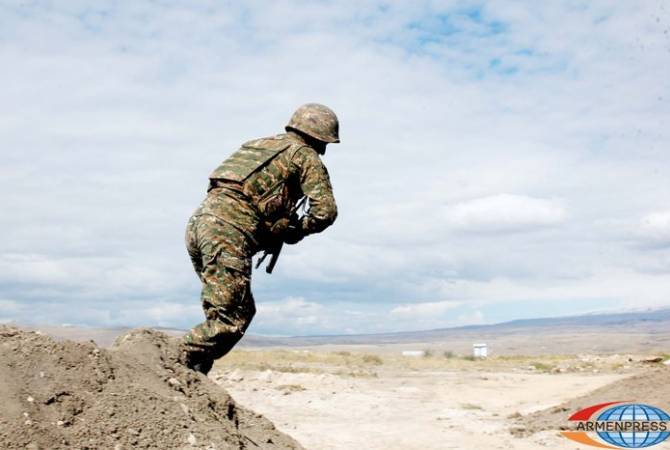 
STEPANAKERT, OCTOBER 22, ARMENPRESS. The situation at the Artsakh-Azerbaijan conflict zone overnight October 21-22 was “relatively stable-tense”, with artillery battles resuming in individual parts amid the Azerbaijani attacks, the Defense Ministry of Artsakh said.

“Currently battles of local significance are taking place in all directions of the frontline,” the ministry said Thursday morning.

“In addition to cluster battles, the adversary made sabotage incursion attempts in the central direction, which were successfully thwarted by the Defense Army units. The Defense Army units are successfully thwarting the adversary’s intentions on changing the tactical situation in their favor and continue fulfilling their combat mission,” the ministry said.