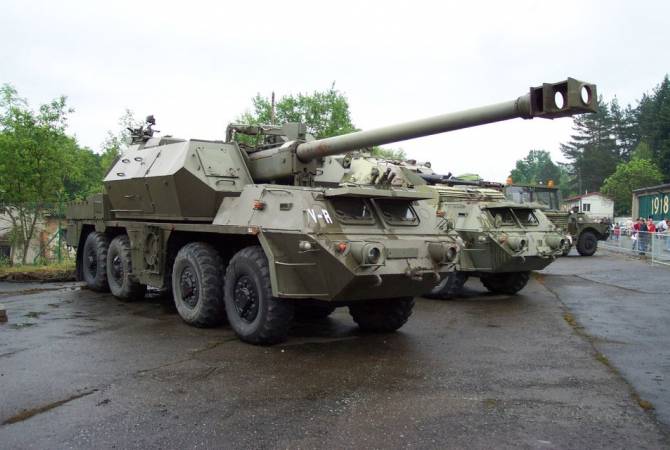 ‘’This military equipment was produced in the Czech Republic, later was transported to a factory in Slovakia’s Trenčín city, where they were modernized and taken to Israel, from where they appeared in Azerbaijan as a result of clandestine deals. The Czech authorities denied selling arms to Azerbaijan, they mentioned they are not aware, but the supplies finished and this history of illegal arms deal remained largely unnoticed’’, Khachikyan said.

By different estimates, there are nearly 36 units of DANA artillery systems in the Azerbaijani army. The military expert noted that those systems are based on wheels, not tracks, which makes them more mobile.

''Those are self-propelled artilery systems, 152 mm caliber. They are based on wheels, not tracks, which makes them more mobile. They are much faster for firing and then moving and it's logical that Azerbaijan uses those systems in the southern direction, because there are favorable conditions for DANA systems'', Khachikyan said.

He noted that destrouying those systems is harder due to their mobility, but if the Defense Army of Artsakh manages to do that, the Azerbaijani army will be deprived of the infantry support guns.