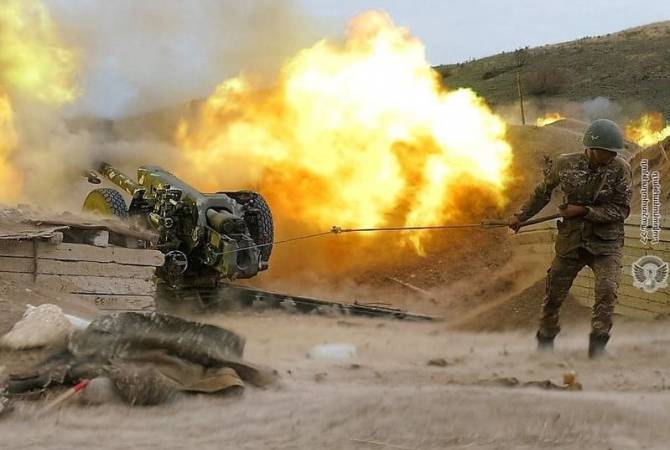 
YEREVAN, OCTOBER 21, ARMENPRESS. The Azerbaijani armed forces are deploying their last reserves in the attacks on Artsakh, Prime Minister of Armenia Nikol Pashinyan said in a live video message.

“A rather difficult and serious situation is created at the frontline. Combat actions are taking place in the entire southern part of Artsakh. Our observations show that the adversary is throwing into battle already its last reserves. Their resources are very big, but our heroic soldiers are inflicting losses of indescribable volumes upon the adversary,” he said.

According to Pashinyan, the big losses of Azerbaijan are among the reasons why Baku is refusing to adhere to the humanitarian cessation of hostilities.

“One of the purposes and reasons of the humanitarian ceasefire is that the bodies of those killed are retrieved, taken care of and buried. Azerbaijan is afraid to reveal the nearly ten thousand of bodies on the background of the euphoria it has created. They have huge losses in military materiel, armored equipment, moreover when we started shooting down the Turkish Bayraktars. The humanitarian ceasefire will also reveal the bodies of foreign mercenaries and Turkish armed forces soldiers,” Pashinyan said.