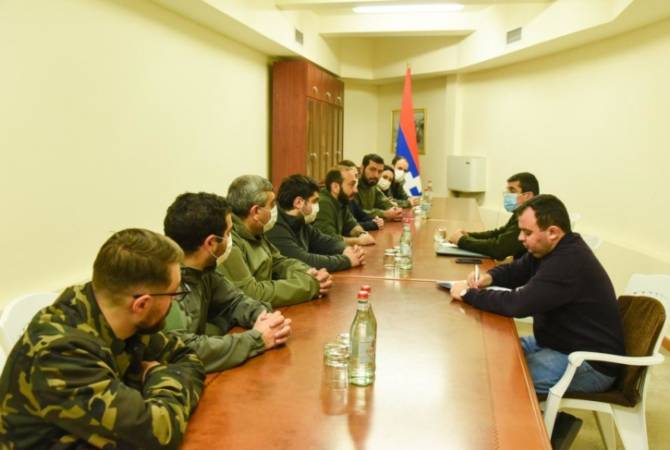 
STEPANAKERT, OCTOBER 20, ARMENPRESS. President of the Republic of Artsakh Arayik Harutyunyan received today Members of Parliament of Armenia from the ruling My Step faction led by Speaker of Parliament Ararat Mirzoyan, the Presidential Office told Armenpress.

The President of Artsakh introduced the MPs on the situation caused by the Azerbaijani-Turkish aggression and stated that the expansionary aspirations of the Azerbaijani authorities should receive a political assessment.

As for the situation in the battlefield, the President said the military operations continue intensively along the line of contact, moreover heavy battles are taking place in Ishkhanadzor, Kovsakan and Mijnavan communities’ territories in Kashatagh region.

In his turn the Speaker of Parliament of Armenia stated that Armenia stands by Artsakh with all possible means, and as the security guarantor of Artsakh, it has carried out and will carry out all necessary actions deriving from it.