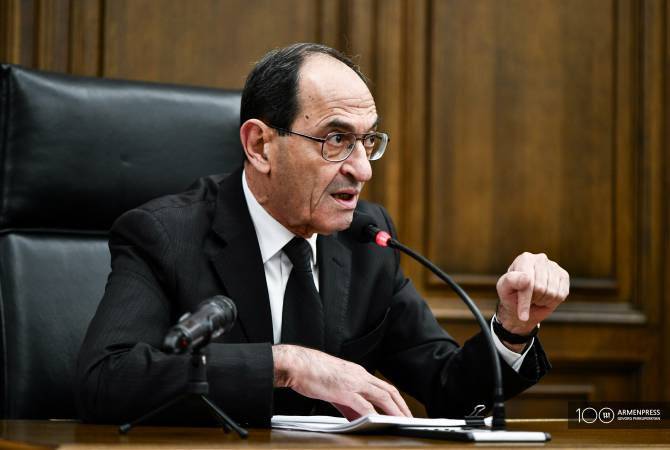 
YEREVAN, OCTOBER 20, ARMENPRESS. Deputy Minister of Foreign Affairs Shavarsh Kocharyan has said that Armenia won’t hesitate to apply to the CSTO if such necessity arises. According to him, such necessity doesn’t exist now.

He said requesting the CSTO to initiate its response requires a direct aggression against Armenia. Kocharyan said it’s too early to describe the Azeri actions against the Republic of Armenia as such.

“If an attack were to happen against the Republic of Armenia, indeed we will apply to the CSTO. We’d first of all apply to the United Nations, stating that an aggression is taking place against us, and in accordance to the UN charter we initiate self-defense, and then also apply to the CSTO. This process is regulated,” Kocharyan said, presenting the process of initiating the security bloc’s response if Armenia were to be attacked.

“Officially not applying to the CSTO doesn’t mean not working with the CSTO constantly. There is even exchange of information at the level of the top officials,” he said.

Kocharyan said appropriate steps will be taken when the time comes, but he expressed hope that this won’t be necessary.

Amid the massive attack on the Republic of Artsakh since September 27, the Azerbaijani armed forces have occasionally delivered drone or rocket-artillery strikes inside the territory of the Republic of Armenia, killing and injuring also civilians.

The CSTO is a military alliance between Armenia, Russia, Belarus, Kazakhstan, Kyrgzystan and Tajikistan, its charter stipulates that member states are bound to protect one another if anyone of them gets attacked.