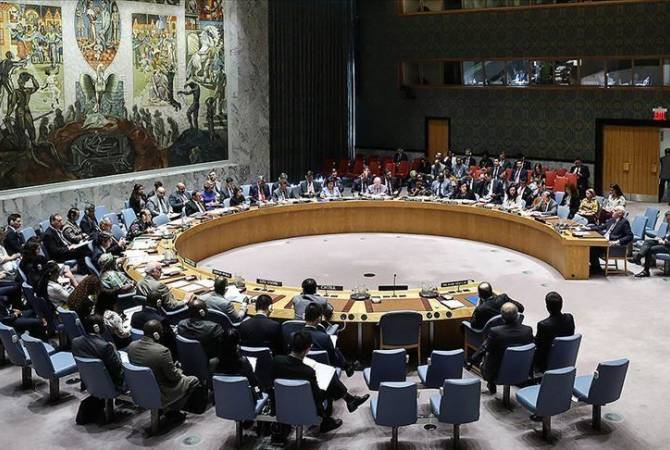 “Now it’s necessary to ensure the implementation [of ceasefire], this is the most urgent issue as an agreement has been reached but has not been observed”, he said, adding that the key issue is to how ensure the control over the ceasefire.

The diplomat noted that this issue has been discussed during the consultations and the Council was unanimous on the approaches. He stated that in order to send the UN observer mission to the region the special mandate by the Security Council will be required. “This is not a quick process. There has been information according to which the Russian defense minister has discussed with his Armenian and Azerbaijani counterparts how that control should be conducted”, Vasily Nebenzya said.

The diplomat doesn’t rule out that the OSCE mission may deal with the observation, especially when this structure leads the settlement process. “Who will be there and in what capacity is still a question being discussed”, he added.

21:29, 09.24.2021
Viewed 2272 times Today, no Armenian lives or practically could live in the territories under the control of Azerbaijan – Pashinyan