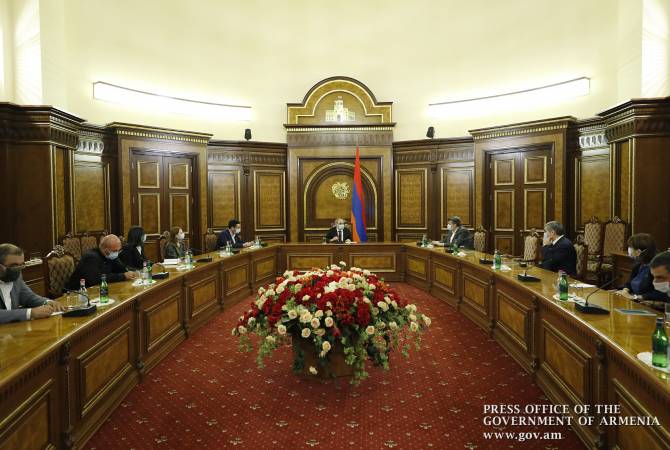 
YEREVAN, OCTOBER 19, ARMENPRESS. Prime Minister of Armenia Nikol Pashinyan met with representatives of extra-parliamentary political forces in the government, ARMENPRESS was informed from the Office of the Prime Minister.

Prime Minister referred to the situation resulted by the Azerbaijani-Turkish aggression, and the steps and counter-actions of the Armenian side.

The Prime Minister also answered a number of questions.