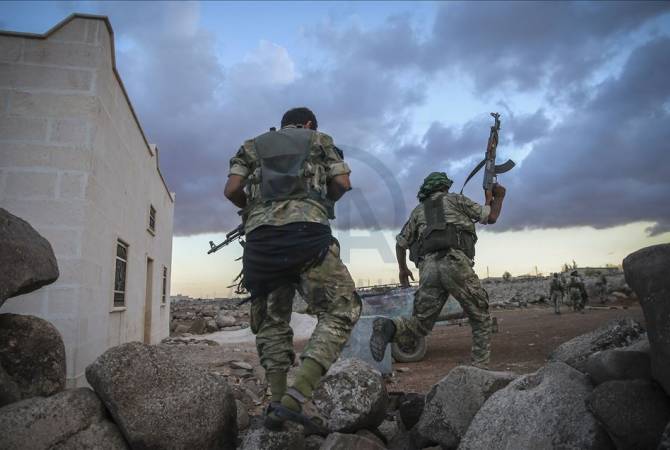 
YEREVAN, OCTOBER 19, ARMENPRESS. More than 1000 militants from Syria have been transferred on October 16 through Turkey to the Nagorno Karabakh conflict zone as Azerbaijan continues recruiting these mercenaries from various terrorist organizations to fight against Artsakh.

RIA Novosti reported citing an unnamed source that an additional 1000 militants are on standby waiting to be taken there.

“Last Friday more than 1000 militants were sent to fight in Karabakh, the transfer of another group is also planned soon,” the source said.

Evidence has been published on Azerbaijan’s recruitment of jihadist mercenaries. The Armenian intelligence agency, as well as Russia, France and the US, have confirmed these reports. The mercenaries themselves have spoken to news media, namely the BBC, speaking about their participation in the attacks on Artsakh and how they were deceived by the Azeris upon recruitment.

On October 12, the Armenian intelligence agency released an intercepted audio of a radio communication between two jihadists fighting for the Azeris. Surveillance videos have also been released.