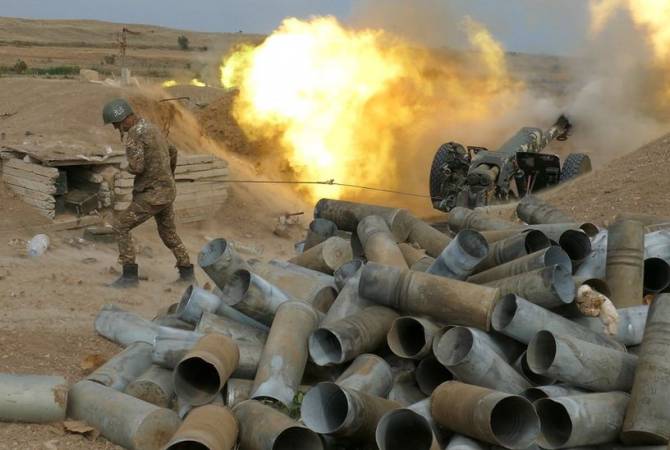 ‘’Azerbaijan once again breached the ceasefire agreement. Starting from early morning, military operations continued in the same directions. First, an offensive was attempted in the northern direction, but they were crushed and thrown back without achieving any significant success. In the meanwhile, they attempted attacks in two sections of the southern direction. In one of the sections they appeared under powerful artillery strikes of the Armenian side, and fled, leaving many dead and losing a great number of military equipment. In the other section they continued attacks and after fierce clashes they were able to record some movement’’, Hovhannisyan said, once again emphasizing that this is a 5th generation war and some movements back or forward are not of such a great importance.

Hovhannisyan added that clashes continue at the moment and the southern direction remains particularly intensive.