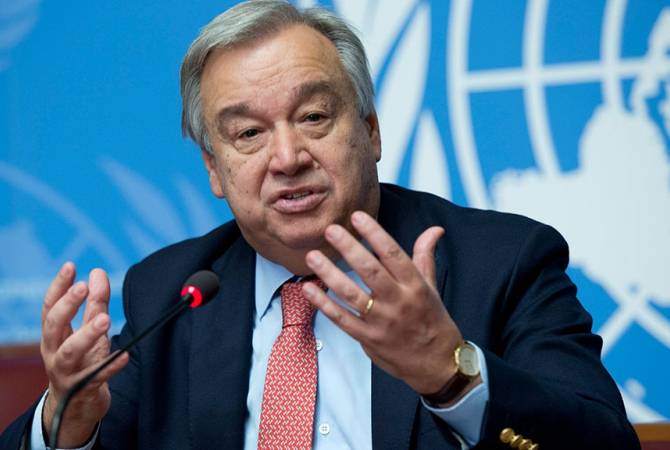 
YEREVAN, OCTOBER 18, ARMENPRESS. UN Secretary General António Guterres expects that the obligations of the October 18 humanitarian truce between Armenia and Azerbaijan will be observed, ARMENPRESS reports Stephane Dujarric, Spokesman for the Secretary-General, said.

The spokesperson noted that the Secretary-General condemns targeting of civilian settlements in the phase of the conflict and assesses inadmissible the killing of civilians and children.

Guterres deeply regrets the fact that many calls from the international community to immediately cease military operations are being ignored. Speaking with the Foreign Ministers of Armenia and Azerbaijan, António Guterres emphasized the importance of preserving international humanitarian law and the protection of civilian population and infrastructures.

The Secretary General expects that the obligations of the sides provided by the October 18 statement on humanitarian truce will be observed begin substantive negotiations under the auspices of the OSCE Minsk Group Co-Chairs will immediately start.