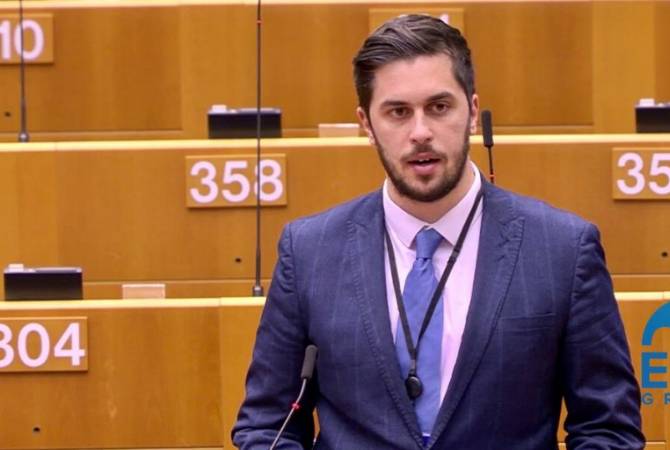 ARMENPRESS reports, citing the Twitter page of the MEP, Emmanouil Fragkos noted in his letter addressed to European Council president Charles Michel that Turkey is an authoritarian, fascist state, where the power is concentrated exclusively in the hands of president Erdoğan.

Mentioning Turkey’s aggressive policy in various parts of the world, including in Cyprus, Greece, Libya, Syria, as well as in the war of Azerbaijan against Armenians and the transportation of jihadist terrorists to the conflict zone, the MEP noted that none of the mentioned operations had been agreed with the UN, NATO or the European Union.

‘’The fact that Turkey is no longer a democratic state is widely acknowledged and its aggression has been repeatedly condemned both by the European Parliament and the European Council’’, Emmanouil Fragkos said, adding that Turkey’s actions violate its fundamental UN obligations in maintaining peace and stability, as well as its main obligations before the NATO.

‘’It must be highlighted that for these reasons Canada, a NATO ally, imposed an arms embargo against Turkey and that the USA also put off the delivery of  military systems to Turkey. Considering that the Member States are determined to prevent the export of military technology and equipment which might be used for internal repression or international aggression or contribute to a regional instability, when is the Council intending to impose an arms embargo on Turkey?’’, the MEP wrote in his letter.