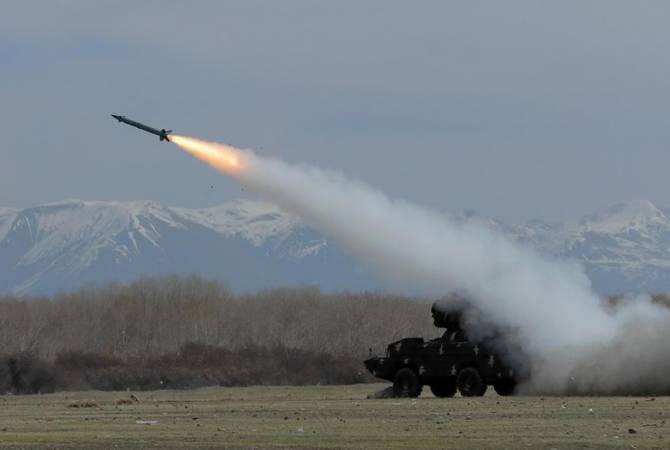 
YEREVAN, OCTOBER 18, ARMENPRESS. On October 18 the Azerbaijani armed forces continuously tried to violate the airspace of Artsakh with drones, despite the new agreement on a humanitarian truce, the Artsakh Defense Army said in a statement.

“The air defense units of the Defense Army hit 2 UAVs”, the statement says.