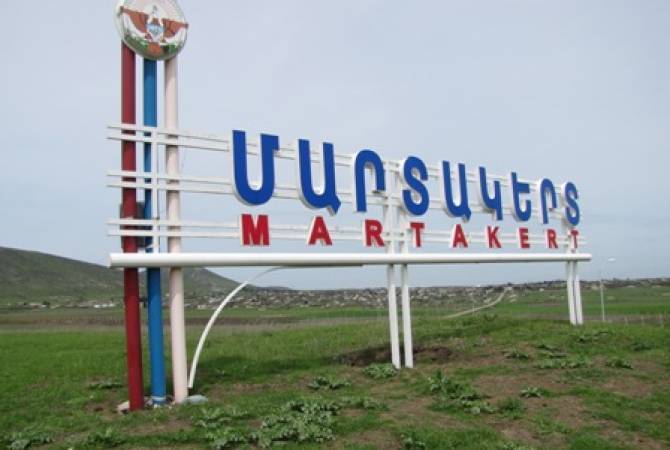 
MARTAKERT, OCTOBER 18, ARMENPRESS. Martakert is one of the many towns and cities that have been heavily bombarded by the Azerbaijani military since September 27, the day when the massive attack on Artsakh began.

“Yesterday Azerbaijan was again striking Martakert and other nearby settlements with heavy artillery and other weapons, the bombardment lasted until midnight,” she said. “After the new humanitarian truce took effect from midnight the situation became calm in Martakert and the other nearby settlements. It’s calm right now. The locals aren’t in panic whatsoever; everyone is in a winning mood.”

However, Martakert is facing a power and gas supply outage since the very first day of the war because the Azeri shelling hit the supply lines.

“Nearby villages are in a similar situation, but the other villages of the region have both power and water. In Martakert, and the other nearby villages, essential products and food are supplied to the residents. Residential buildings, the local kindergarten, children’s playing ground, many houses and public facilities, nearly 30% of the civilian homes are damaged,” Zakaryan said.