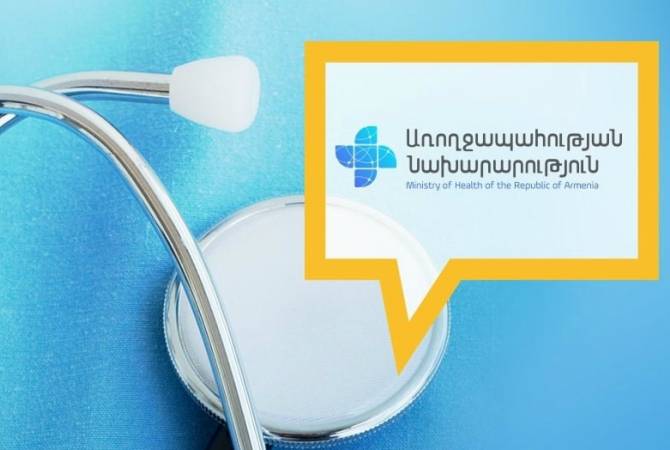 
YEREVAN, OCTOBER 18, ARMENPRESS. The Armenian Ministry of Healthcare has warned of the potential ecological and healthcare consequences that could be caused as a result of the Azerbaijani bombings of civilian infrastructures in Artsakh.

The destructions of numerous civic infrastructures, including the damages to water supply and draining systems, create sanitary-hygienic dangers and could cause the rise of cholera, hepatitis A, dysentery and other infectious diseases.

The ministry said a threat of infectious disease outbreaks and epidemics exists during war or post-war periods.

Moreover, it said that the current war zone is taking place in the Zangezur-Karabakh and Pre-Aras regions, which is considered to be a natural area of the plague, where the wildlife includes plague-carrying animals, as well as pathogens of the disease.

The ministry said that the absence of preconditions for evacuating bodies of the victims, burying or exchanging could lead to scavengers or insects that harbor infectious pathogens feed off the corpses and potentially lead to epidemics or outbreaks of infectious diseases.

The military actions could potentially contribute to the activation of natural clusters and increase the risk of rodent-transmitted diseases such as the plague, tularemia and leptospirosis. The healthcare ministry warned that these potential dangers, including the environmental pollution, are also threatening Iran due to its direct borders with the countries involved in the war.

“The military-political leadership of Azerbaijan bears full responsibility in case of the outbreaks and epidemics during the hostilities and post-war period, as it has been continuously violating the requirements of the humanitarian ceasefire signed on October 10 for the exchange of corpses,” the ministry said.

At least 34 civilians are dead and dozens are wounded in Artsakh amid multiple Azeri bombardments of towns and cities since September 27. Vital civilian infrastructures are destroyed.