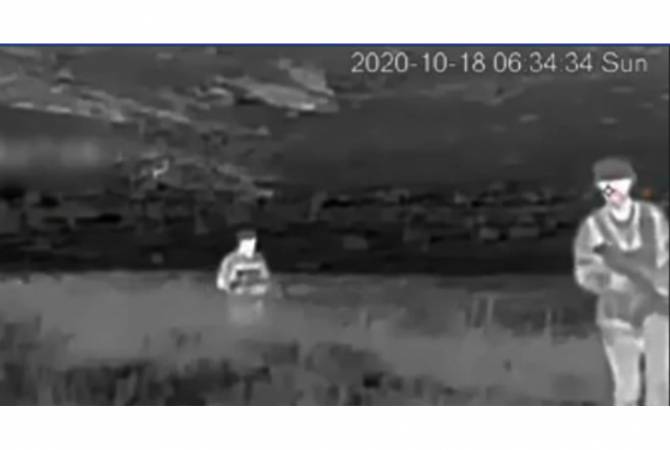 
STEPANAKERT, OCTOBER 18, ARMENPRESS. The Artsakh military has released a video recorded by its surveillance devices that shows the exact time and location where the Azerbaijani armed forces launched the latest attack in the morning of October 18 in violation of the new humanitarian truce that was supposed to come into force last midnight.

“Video surveillance devices of the Artsakh Defense Army recorded the exact location and time of how the enemy launched an offensive in the direction of the Armenian positions in the early morning hours of October 18, violating the agreement for ceasefire,” Armenian Defense Ministry spokesperson Shushan Stepanyan said.