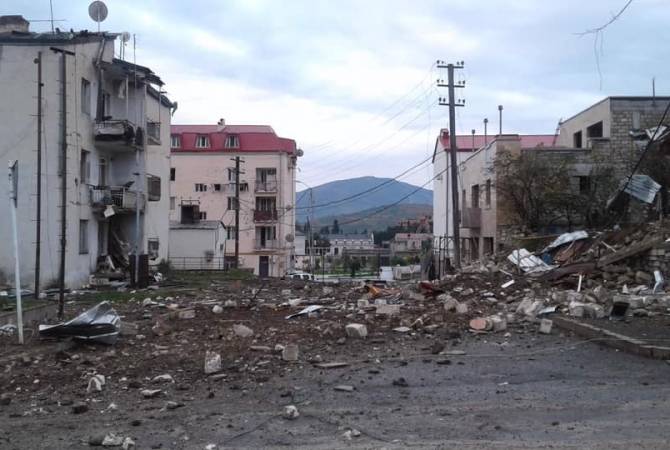 
YEREVAN, OCTOBER 16, ARMENPRESS. The United Kingdom condemns the reported continued shelling of civilian areas during the Nagorno Karabakh conflict, Nicola Murray, Deputy Head of Delegation at the OSCE Permanent Council, said by delivering the UK statement on the situation in and around Nagorno Karabakh.

“The United Kingdom welcomed the announcement of a humanitarian ceasefire and we are dismayed to see that it is not being respected. We condemn the reported continued shelling of civilian areas and we are alarmed by further reports of civilian casualties. We offer our condolences to the families of those who have lost loved ones. The humanitarian situation continues to worsen and we are particularly concerned about the impact on children”, Nicola Murray said.

He said “it is therefore imperative that the parties to the conflict stop the violence immediately, abide by the 10 October agreement and return to substantive negotiations under the auspices of the Minsk Group Co-Chairs”.

“The United Kingdom urges all external parties and friends of both States to redouble their efforts in support of an end to hostilities and to refrain from taking actions that risk further exacerbating the crisis. As we have stated previously, a comprehensive resolution of the Nagorno Karabakh conflict is overdue. That can only be delivered through a negotiated settlement and not through military action. All parties must urgently return to the negotiating table to work toward this aim without preconditions”, the UK’s representative said.

He added that the UK reiterates it support for the OSCE Minsk Group Co-Chairs in their role in mediating negotiations between Armenia and Azerbaijan.

“We fully support the recent joint statements by the Minsk Group Co-Chairs and their countries’ representatives. We are also grateful to Ambassador Kasprzyk and his team for their ongoing work”, Nicola Murray said.