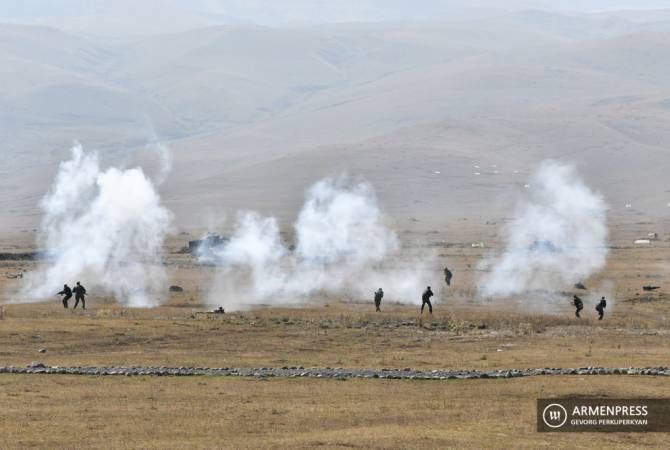 
STEPANAKERT, OCTOBER 13, ARMENPRESS. The Azerbaijani military continues grossly violating the humanitarian ceasefire and has launched a renewed massive attack from the morning of October 13 at the entire length of the frontline, Artsakh presidential spokesperson Vahram Poghosyan said.

“The Azerbaijani military are also shelling peaceful settlements with artillery fire. Several thousands of mercenary-terrorists are fighting together with the Azerbaijani army in their offensive operations. The Artsakh Defense Army is waging fierce battles, attempting to neutralize the enemy attack. We must make all efforts to inflict heavy losses to the enemy that is armed to the teeth and to secure victory in this patriotic war,” Poghosyan said.