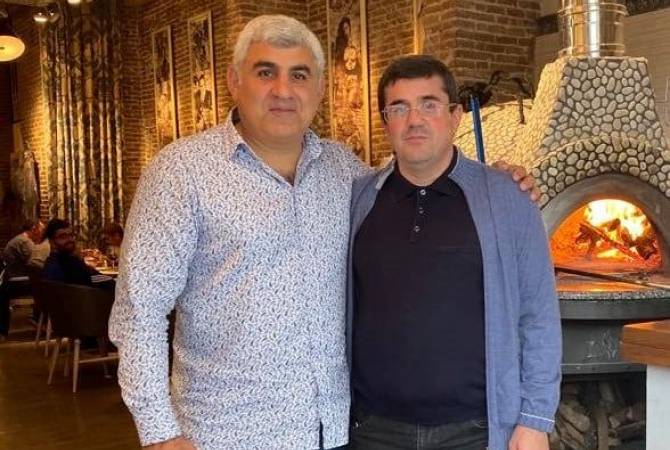 “I have already had an opportunity to talk about Armen Knyazyan, who has lived in Spain and recorded tangible success in the business field. We met months ago, talked to each other and outlined the future programs. He was in the Homeland days before the war, Artsakh was waiting for his creative efforts and investments…

I first met Armen during the 2016 four-day April War. He told me that he got informed about the fight on her wife’s birthday, and instead of congratulation, he bought a ticket to come to defend the Homeland. This time Armen did the same: hours after arriving from Artsakh he was again in the mother land for defending his share of the Homeland. However, his fight ended from the enemy’s shot”, the President of Artsakh said, adding that the Homeland will appreciate the heroic deeds of all of its sons. “Rest in peace, my friend. I share the grief of your family and relatives”.