260-280 Azerbaijani soldiers and terrorists killed in one day – MoD 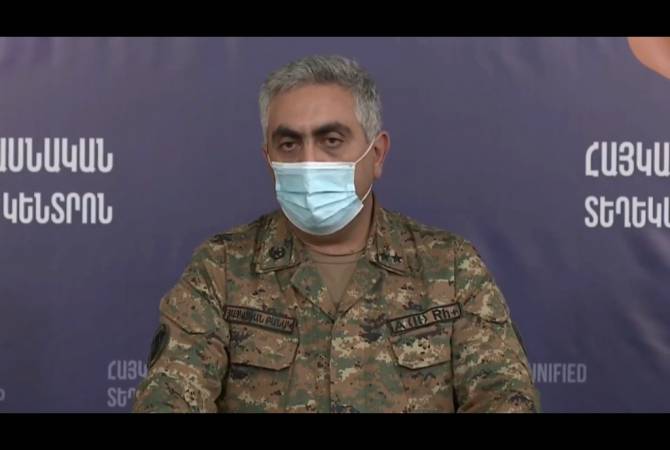 
YEREVAN, OCTOBER 7, ARMENPRESS. 260-280 Azerbaijani soldiers and terrorists were killed on October 7 by midday, ARMENPRESS reports representative of the Defense Ministry of Armenia Artsrun Hovhannisyan said in a press conference on October 7.

‘’Today by midday the adversary suffered 260-280 manpower losses, which includes both regular army servicemen and terrorists. It has also suffered losses of military equipment – 60-80 armored vehicles, and there is also a significant number of military equipment that remained in the hands of our Armed Forces’’, Hovhannsiayn said.

He added that Azerbaijan’s losses significantly rose after the midday.

So far the Armenian side has reported 320 casualties among the military and 21 civilians, Azerbaijan’s manpower losses are nearly 4000, which includes both servicemen from the regular Azerbaijani army and terrorists.

President of Artsakh Arayik Harutyunyan called for a new coalition against international terrorism on October 6.