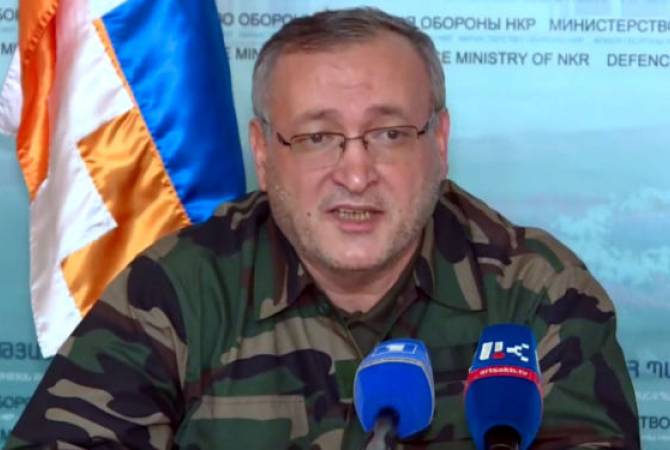 
STEPANAKERT, OCTOBER 6, ARMENPRESS. Turkey’s leadership was the one who forced Azerbaijan to attack Artsakh, and it is only the weaker side who strikes cities inhabited with peaceful civilians during war, Artsakh’s Speaker of Parliament Artur Tovmasyan said at a news conference on October 6 in Stepanakert City, the capital of Artsakh that has come under heavy Azeri bombardment.

“I think on September 27, 2020 it was the Turkish military-political leadership that forced Aliyev to go for this adventurism.”

Tovmasyan said he thinks that Aliyev is no longer in power in Azerbaijan. The Speaker noted that in response to any statement of the OSCE Minsk Group Co-Chairs the Azeri leadership – headed by Turkey – is saying that Turkey should also participate in those talks.

“I think the international community saw that the plans that Ilham Aliyev had on drinking tea in Stepanakert or Shushi in a brief period has failed,” he said, referring to an earlier belligerent remark by the Azeri president on capturing the Artsakhi capital by force.

“And because it failed, he must step down. Perhaps he is already no longer in power. The entire world already knows that this war that they unleashed is led by Turkey,” Tovmasyan said.