Will issue of Turkey’s expulsion from Minsk Group be raised? - MEP Charlie Weimers 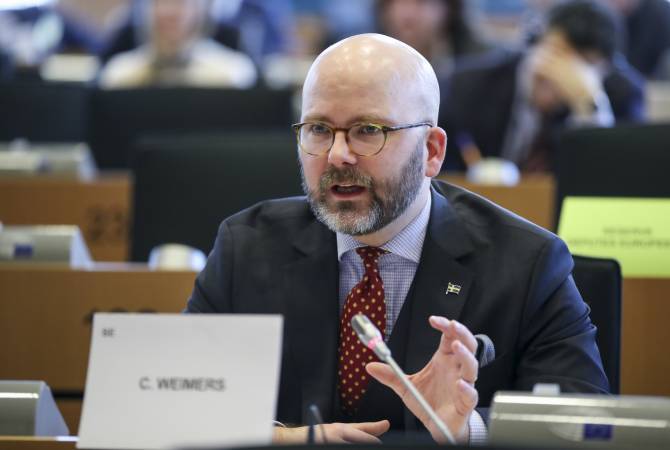 ‘’Emmanuel Macron has confirmed to possess facts of Turkish support to Azerbaijan by sending islamists from Syria. I will apply to the European Union External Action Service, asking if it condemned Turkeys interference in the conflict and if it considers the expulsion of Turkey from OSCE Minsk Group’’, the MEP wrote.

According to numerous media reports, Turkey has sent islamists from Syria to Azerbaijan ranging from 3.000 to 4.000 to fight against Artsakh. Russia, France and USA have confirmed the information.