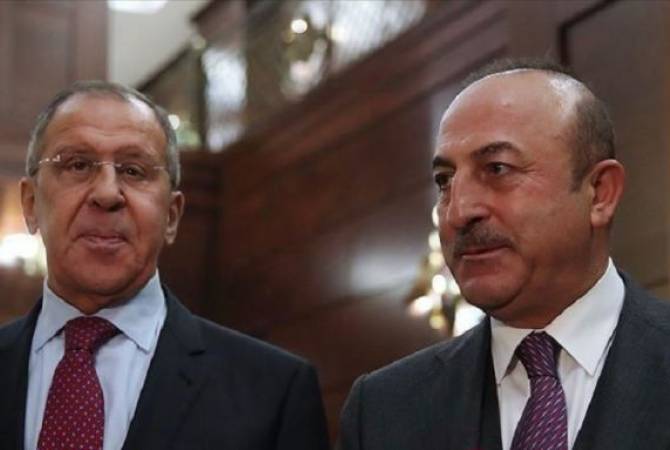 As ARMENPRESS was informed from the press service of the MFA Russia, the press release reads as follows,

‘’The escalation over Nagorno Karabakh was discussed in detail. The Ministers expressed serious concerns over the ongoing armed confrontation and supported the immediate suspension of the military operations. The inadmissibility of the involvement of armed groups from other regions in the conflict was emphasized. The importance of extremely balanced measures was underlined in terms of providing Baku and Yerevan political and diplomatic assistance.

The readiness of the sides to closely coordinate the activities for stabilizing the situation aimed at bringing Nagorno Karabakh conflict settlement to a negotiation table was confirmed.

The Russian side focused on the efforts made by the OSCE Minsk Group Co-chairs, including the joint statement of the Presidents of Russia, the USA and France’’.