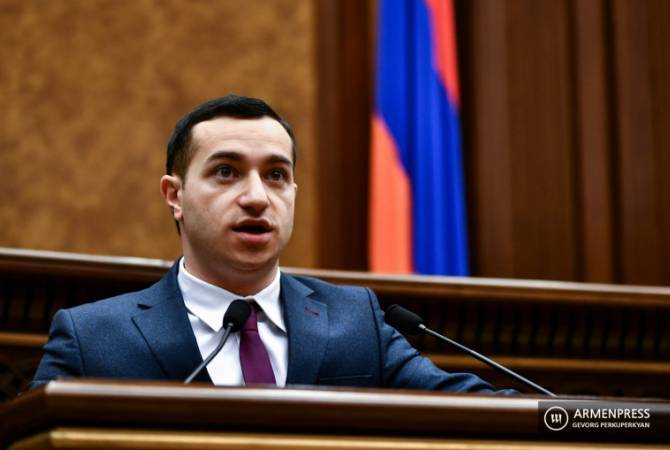 
YEREVAN, SEPTEMBER 30, ARMENPRESS. The Turkish factor’s active involvement in the region and the absence or even delayed adequate response to it is a real danger not only for Armenia and Artsakh but also other countries in the region, namely for Iran – the only country which has land borders with the three countries – Armenia, Artsakh and Azerbaijan, Armenian Member of Parliament Mkhitar Hayrapetyan – the Chair of the Armenia-Iran Parliamentary Friendship Group told ARMENPRESS.

ARMENPRESS: What kind of an agenda of the Armenian-Iranian relations should exist during this situation and Turkey’s active involvement?

Mkhitar Hayrapetyan: The military countermeasures that the Armenian forces are carrying out in the last days in response to the Turkish-Azerbaijani alliance’s aggression not only solve the issue of our countrymen’s physical security but are also directed at strengthening security and stability in the region, as well as thwarting Erdogan’s Pan-Turkism plans. The Turkish factor’s activation in the region and the absence of an adequate response to it or even a delayed response pose a real threat not only for Armenia and Artsakh but also other countries in the region, namely Iran, which is the only country to have a border with the three states – Armenia, Artsakh and Azerbaijan. In this context, I am sure that the brotherly Iran and Armenia have common interests, around which they should actively develop a common agenda.

ARMENPRESS: What dangers does the participation of mercenaries from the Azerbaijani side in the military operations pose for the region?

Mkhitar Hayrapetyan: Even before the Azerbaijani aggression we were getting information about terrorist mercenaries being transported to Azerbaijan through Turkey. Today we already have clear evidence showing that the Armenian forces are withstanding not only the attack of the Turkish-Azerbaijani alliance but also a few thousand terrorists who have nothing to do with Islam and the faithful Muslims. According to our information individual groups of these terrorists are already causing trouble for the Shia population living in the Azerbaijani territory. These black flag bearing terrorists who have become puppets at the hands of Erdogan and Aliyev have an objective of getting money and bringing chaos to the world, and nothing religious.