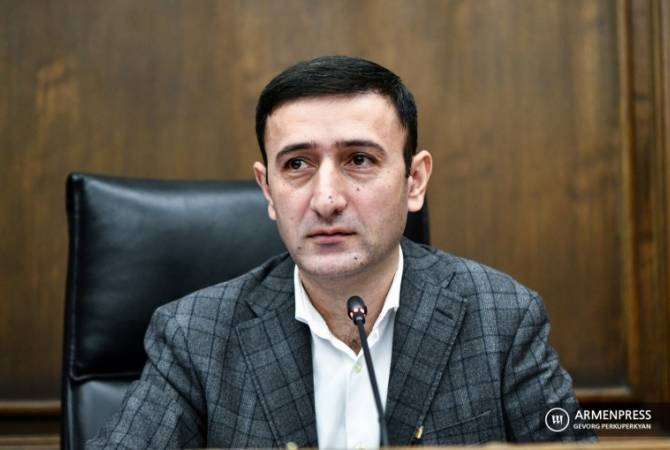 “Azerbaijan as an independent state as such de-facto doesn’t exist no more. Instead, a Turkish province with the name of Azerbaijan exists. And Turkey is using the resources (human, territorial, positional, mining, financial and other) of this province through its puppet Aliyev regime to solve its own problems and achieve some geopolitical goals. The sooner the people of Azerbaijan – including national minorities (Lezgins, Talishs, Tats and others) - realize this the better for themselves,” Tunyan said on social media.

“And they will perhaps also realize that they have been dragged into a game where they are sacrificed soldiers from the beginning. The world realizes this, but continues tolerating the spread of this cancer. But there is no difference for us, we must rely on ourselves because that’s what history has taught us,” he said.

Tunyan said Armenians are fighting for their existence, their spirit, history, culture and values. “We are destined for victory from the beginning and we will win!”