Armenia has not applied to CSTO yet, but may do so after Turkish air attack – Ambassador | ARMENPRESS Armenian News Agency

Armenia has not applied to CSTO yet, but may do so after Turkish air attack – Ambassador 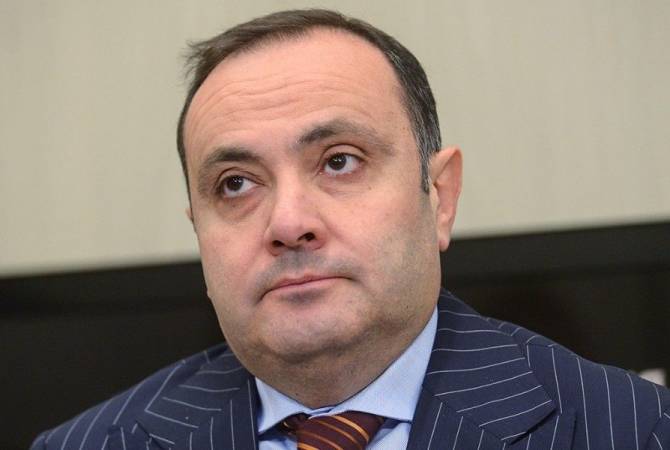 
YEREVAN, SEPTEMBER 29, ARMENPRESS. Armenia ha snot applied to the CSTO yet over the military operations unleashed by Azerbaijan, but the situation can change following the targetting of an Armenian SU-25 jet in the Armenian air space by a Turkish F-16 fighter jet, ARMENPRESS reports Ambassador of Armenia to Russia Vardan Toghanyan told Ria Novosti.

Today, starting from 10:30, Turkish Air Force F-16 fighter jets took off from the Gyanja airport in Azerbaijan and were ensuring the Azerbaijani SU-25 and Turkish-made Bayraktar UAV bombings from the Azerbaijani Dalyar airport at the Armenian settlements and Armed Forces land divisions positioned in the Vardenis, Mets Masrik and Sotk regions of the Vardenis region in Armenia.

In the abovementioned period our air force was providing air support to the Armenian Armed Forces Air Defense units. During their mission and aerial battles, a Turkish Air Force F-16 fighter jet shot down an on-duty SU-25 jet of the Armenian Air Force in Armenian airspace.

84 servicemen have been killed and nearly 120 wounded in Artsakh from the Azerbaijani attack.

According to the latest data, the Azerbaijani side has suffered nearly 400 human losses as a result of its aggression. The Artsakh side has destroyed a total of 6 Azerbaijani attacking helicopters, 50 UAVs, 85 armored equipment including tanks, 82 vehicles and 1 aircraft. On September 29 the Defense Army informed about more losses at the Azerbaijani side, inclusing 11 UAVs and 17 tanks.