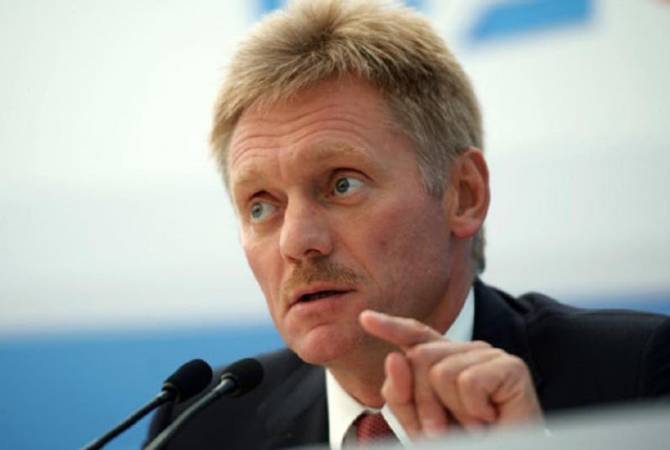 
YEREVAN, SEPTEMBER 29, ARMENPRESS. The Kremlin is convinced that the current calls of different countries on providing military assistance to Armenia and Azerbaijan add fuel to the fire of the Nagorno Karabakh conflict, Russian Presidential spokesperson Dmitry Peskov told reporters, adding that it is necessary to convince the sides to return to the political and diplomatic solution path of the issue.

“The Kremlin firstly attaches importance to the immediate end to the fire and military operations. Any statement on providing military assistance to any of the sides is definitely adding fuel to the fire. We absolutely oppose this”, he said.

Peskov noted that Russia is in constant touch with Yerevan, Baku and Ankara and urged Turkey to do everything to convince the conflicting sides to cease the fire.

“We call on all countries, especially our partners, such as Turkey, to do everything so that the conflicting sides will cease the fire and return to the peaceful settlement process of the conflict”, Peskov said.

He added that they are also in touch with their partners of the OSCE Minsk Group, adding that the Co-Chair countries should take a responsible position for solving the situation in Nagorno Karabakh.