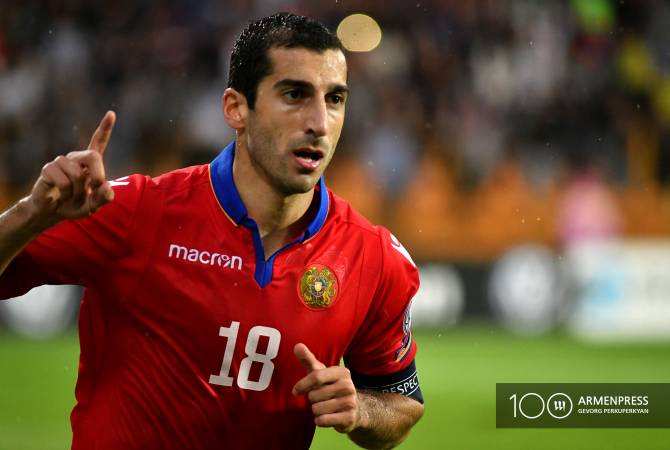 
YEREVAN, SEPTEMBER 29, ARMENPRESS. The Armenian football star and midfielder of the Italian Roma Henrikh Mkhitaryan has called on the international community to urgently respond to the Azerbaijani attack on Artsakh and Armenia and “avoid another genocide.”

“Heavy military fights are still continuing against #NagornoKarabakh, many victims on both sides. The territory of the Republic of #Armenia is being bombed too. The Azerbaijani attack which started on September 27th in the morning targeting civilian population is strongly condemnable. An immediate end to this violence and crime against humanity is urgent and vital. Turkey must halt all support and enabling of this offensive, including the recruitment of foreign terrorist fighters to attack Armenians. I call on international community, on allies for an urgent intervention in order to avoid another genocide. #ArstakhStrong #ArmeniaStrong,” Mkhitaryan said on social media, posting images of hospitalized civilians in Artsakh and heavy destructions of civilian homes.

According to official reports Azerbaijan lost more than 400 servicemen, 6 gunships, 50 UAVs, 85 tanks and armored vehicles, 1 warplane and 82 other military vehicles since the fighting began.