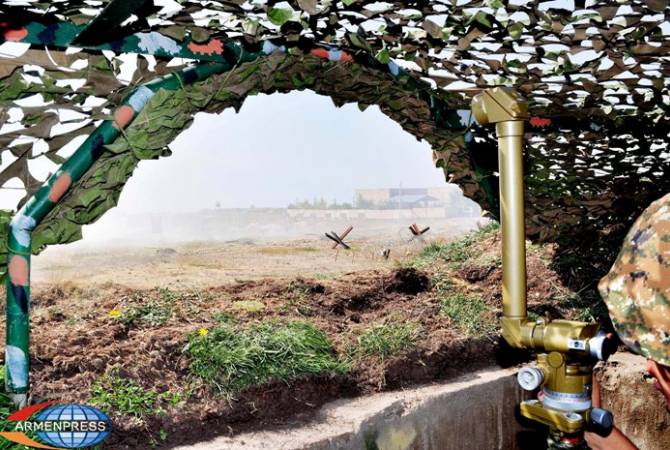 ‘’Today we can already clearly say that a hostile airplane was downed near Martuni town’’, he said.

Poghosyan assured that normal life continues in Artsakh, but people stay in shelters for precautionary measures.

According to the military, Azerbaijan has lost more than 400 servicemen, 36 UAVs, 4 helicopters, 47 tanks and armored personnel carriers and other armored equipment. Armenia also has captured 11 armored vehicles with full ammunition from Azerbaijani troops.

A while ago representative of the Defense Ministry of Armenia Artsrun Hovhannisyan wrote on his Facebook page that the adversary has launched a new large-scale attack against Artsakh in the Araks valley and Mataghis -Talish sections.

‘’The Defense Army of Artsakh successfully repels all the attacks, inflicting heavy manpower and equipment losses. By now 22 hostile tanks and 10 other armored vehicles are destroyed. Over 370 servicemen are eliminated. They have many wounded’’, he wrote.