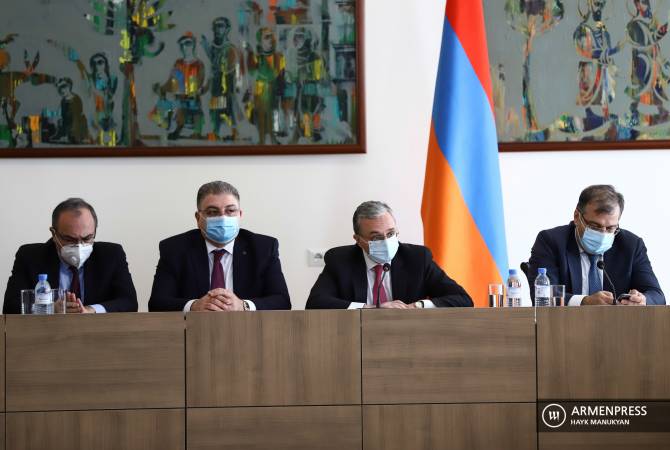 As ARMENPRESS was informed from the press service of the Foreign Ministry of Armenia, Zohrab Mnatsakanyan presented the situation along Artsakh-Azerbaijan contact line resulted by the Azerbaijani aggression. Mnatsakanyan also presented the use of different weapons against civilians and civilian infrastructures. Minister Mnatsakanyan emphasized that the military-political leadership of Azerbaijan bears the entire responsibility for the consequences of the destabilization of the region.

Zohrab Mnatsakanyan expressed deep concerns over the overt and unconditional support of Turkey to Azerbaijan, emphasizing that Turkey’s destabilizing policy seriously harms the peace process and poses great danger to the security and stability in the South Caucasus region.