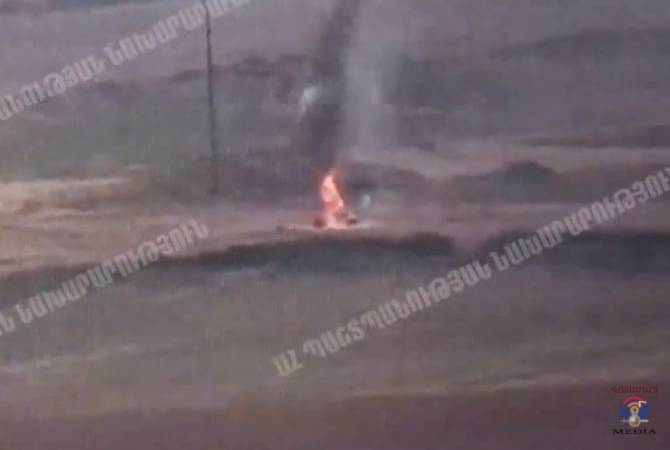 
YEREVAN, SEPTEMBER 28, ARMENPRESS. Azerbaijani armed forces have launched a tank attack in the south-eastern direction of Artsakh, but the offensive was thwarted by the tank and anti-tank divisions of the Artsakh Defense Army and Azerbaijani forces lost 10 armored equipment.

Earlier the Artsakh military had reported that they had destroyed a total of 36 tanks and armored vehicles, 4 helicopters and other equipment since the Azeri attack began.