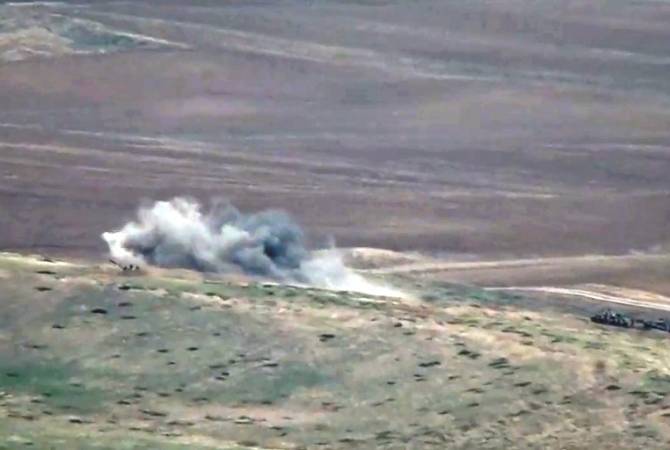 “Fights of various intensity are raging on. Defense Army units carry out successful counter actions in separate sections. The fighting spirit of our servicemen is high”, she said, attaching a video to the post, showing more destructions of the Azerbaijani attacking military equipment by the Artsakh forces.