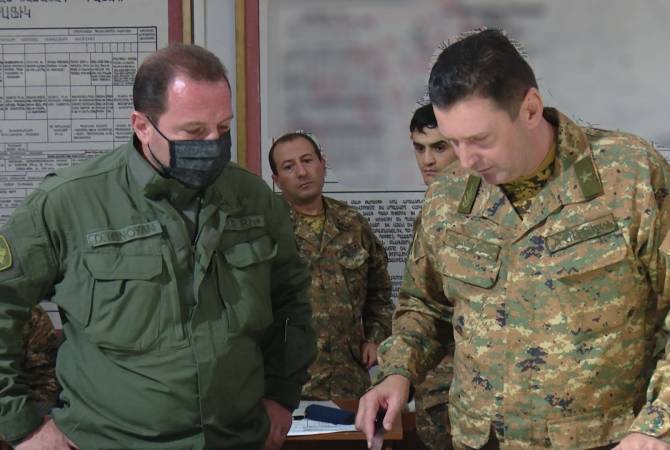 
YEREVAN, SEPTEMBER 28, ARMENPRESS. President of Artsakh Arayik Harutyunyan and Armenia’s Minister of Defense Davit Tonoyan visited the Army Command Center on September 28 to get acquainted with the ongoing and potential future developments of the military operations amid the Azerbaijani attack on Artsakh.

The Commander of the Defense Army said they are in full control of the situation and that “good possibilities have been created to develop the recorded successes in the future.”