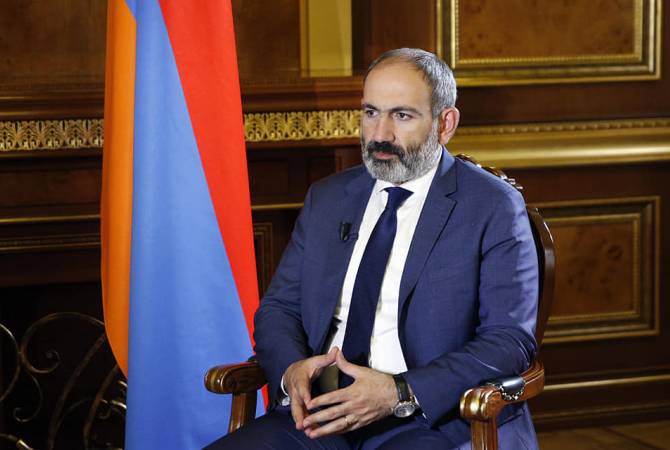 
YEREVAN, SEPTEMBER 28, ARMENPRESS. Armenian Prime Minister Nikol Pashinyan has disclosed what Azerbaijani President Ilham Aliyev had asked him during their meeting in Dushanbe, Tajikistan in 2018.

Pashinyan was speaking in an interview to Public Television and addressed Aliyev’s recent statement that claimed the Armenian leader in Dushanbe “had asked for some time to bring his affairs in order in Armenia”. Pashinyan denied Aliyev’s statement.

“I think a very important nuance should be disclosed, about who asked what in Dushanbe. In reality, it wasn’t me who applied to the Azerbaijani President with a request in Dushanbe, it was the Azerbaijani President who applied to me with a request. If you remember, at that time in 2018 there were the mayoral elections in Yerevan and we were practically holding rallies every day, and it so happened that due to a number of circumstances I was speaking in my speech about the situation in Azerbaijan, I was trying to enter into a conversation with the people of Azerbaijan, I was criticizing the situation in Azerbaijan. Ilham Aliyev’s interest in order for there to be any agreement at that meeting was to ask me to refrain from speaking about Azerbaijan in my speeches. Why? For a very simple reason. The revolution had just taken place in Armenia, the whole world and moreover the opposition forces in the region were inspired with these events, there was contant discussion on Azerbaijani social media that this wave will soon reach Azerbaijan, and the Azerbaijani military-political leadership had fears that these speeches of mine could really incite certain political processes in Azerbaijan,” Pashinyan said.

Pashinyan said Aliyev personally asked him to stop speaking about Azerbaijan in his speeches.

He said he was happy over the deal because “Azerbaijan’s internal affairs aren’t anyhow the items on my agenda and that it has saved the lives of Armenian soldiers”, referring to the agreement in Dushanbe to strengthen the ceasefire.

Speaking about another information published by Azeri news media alleging one of his advisers had held secret talks with Aliyev, Pashinyan refuted it as “total absurd” and disinformation, stressing that only he and his foreign minister are authorized to hold talks.