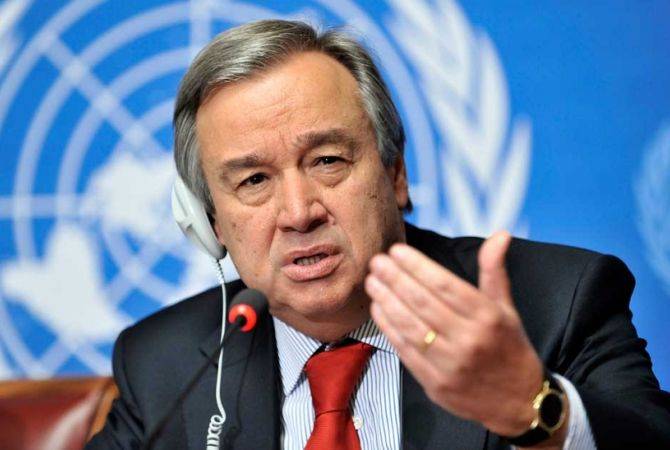 
YEREVAN, SEPTEMBER 28, ARՄENPRESS. UN Secretary General António Guterres urged to immediately cease the military operations in the direction of Artsakh, ARMENPRESS reports the statement issued in the official website of the Organization says that the UN Secretary General is extremely concerned over the fresh resumption of hostilities along the line of contact in the Nagorno-Karabakh conflict zone and condemns use of force, regrets the loss of life and the toll on the civilian population.

The Secretary-General strongly calls on the sides to immediately stop fighting, de-escalate tensions and return to meaningful negotiations without delay, adding that the he will speak to both the President of Azerbaijan and the Prime Minister of Armenia.

The Secretary-General reiterated his full support for the important role of the Organization for Security and Co-operation in Europe (OSCE) Minsk Group Co-Chairs and urged the sides to work closely with them for an urgent resumption of dialogue without preconditions. .

Armenia has reported 16 casualties so far.