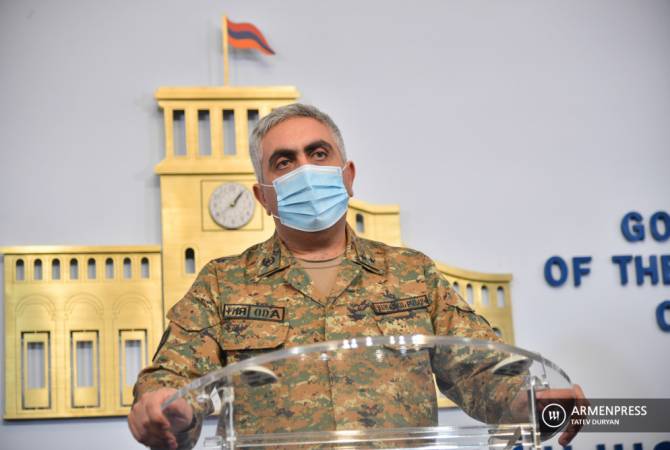 
YEREVAN, SEPTEMBER 27, ARMENPRESS. The Azerbaijani side has suffered nearly 200 human losses as a result of its own aggression against Artsakh, ARMENPRESS reports representative of the Defense Ministry of Armenia Artsrun Hovhannisyan informed.

He reminded that the military operations mainly take place in the northern and southern directions of Artsakh.

‘’The clashes continue at this moment. According to verified information the adversary has suffered serious losses, nearly 200 human losses, nearly 3 dozens of armored vehicles, nearly 2 dozens of UAVs and other military equipment’’, Hovhannisyan said.