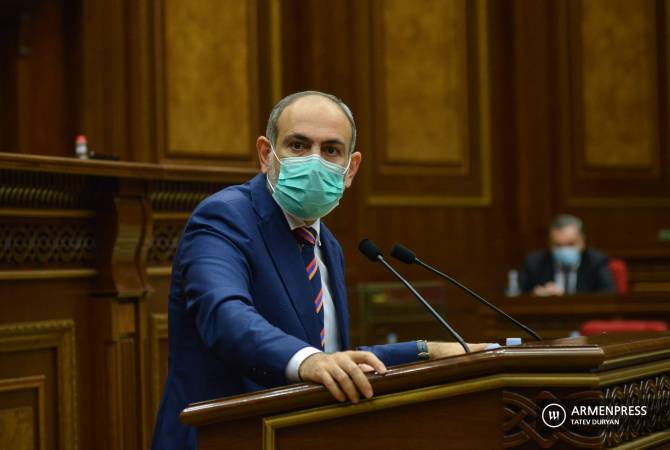 
YEREVAN, SEPTEMBER 27, ARMENPRESS. Prime Minister of Armenia Nikol Pashinyan said in his speech at the National Assembly that all necessary commands and tasks have been given.

‘’I want something to be very clear. All necessary commands and tasks are given. No one should have any doubts over this. On the other hand we should understand that we deal with an attack that has been very deeply prepared, It’s not an attack of one action, and its counter measuring will not be of one action. We have suffered casualties, the adversary has suffered more casualties, we have losses of military equipment, the adversary has suffered much more losses. This is a developing process and we have to stand strong’’, Pashinyan said, emphasizing that we have no right to be afraid.

The Prime Minister emphasized that during this period the parliament of Armenia is unified.