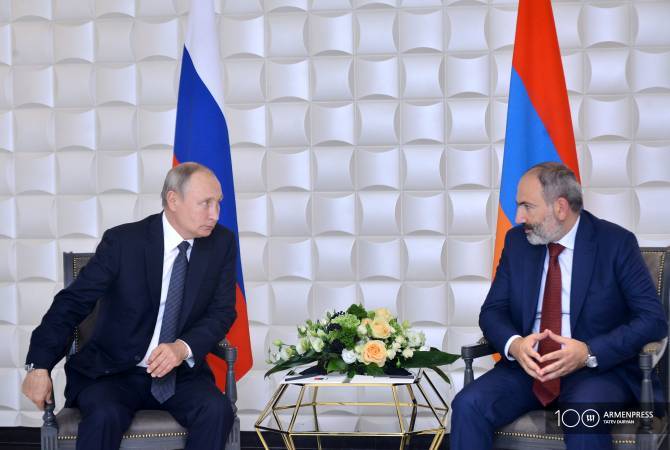 
YEREVAN, SEPTEMBER 27, ARMENPRESS. A telephone conversation took place between Prime Minister of Armenia Nikol Pashinyan and President of Russia Vladimir Putin at the initiative of the Armenian side, the Kremlin said in a statement.

“The drastic escalation of the situation in the Nagorno Karabakh conflict zone was discussed during the phone talk. The Russian side has expressed a serious concern over the resumption of the large-scale military clashes. It was stated that currently it’s important to make all necessary efforts to avoid the further escalation of the conflict and most importantly to stop the military operations”, the statement says.