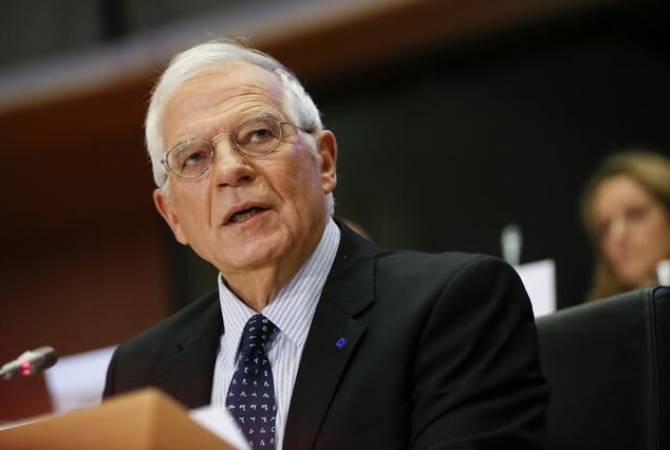 
YEREVAN, SEPTEMBER 27, ARMENPRESS. The EU calls on to immediately stop the military operations and to strictly respect the ceasefire regime, ARMENPRESS reports reads the statement issued by High Representative of the Union for Foreign Affairs and Security Policy Josep Borrell.

‘’On 27 September 2020, fighting erupted along the Line of Contact in the Nagorno Karabakh conflict zone, regrettably causing military and civilian casualties.

The European Union calls for an immediate cessation of hostilities, de-escalation and for strict observance of the ceasefire.

The return to negotiations of the Nagorno Karabakh conflict settlement under the auspices of the OSCE Minsk Group Co-Chairs, without preconditions, is needed urgently’’.

The Azerbaijani side has suffered serious human losses military equipment, including 3 helicopters, 20 UAVs and 30 tanks. Armenia has reported 16 casualties.