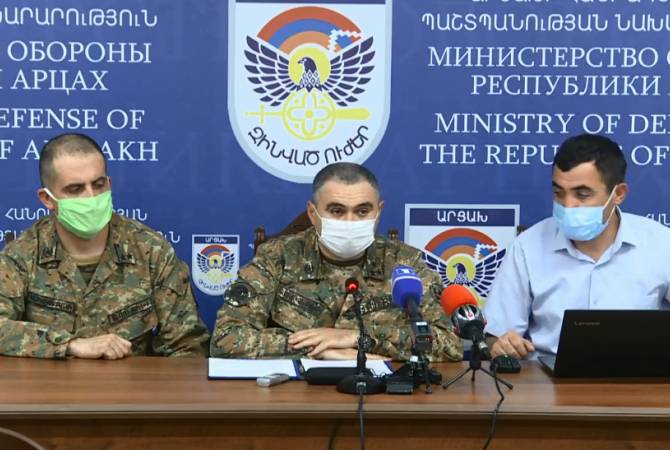 
YEREVAN, SEPTEMBER 27, ARMENPRESS. The special divisions of Azerbaijan, accompanied by the motor-rifle and armored-tank divisions, have started large-scale attacks on southern, northern and south-eastern directions of Artsakh, Deputy defense minister of Artsakh Artur Sargsyan said at a press conference.

“At the moment heavy clashes are still underway in all the aforementioned fronts”, he said.

The Artsakh deputy defense minister informed that the Azerbaijani side has suffered losses both in the manpower and the military equipment.

“According to the verified data, the Artsakh Defense Army forces, by using air defense measures, have managed to destroy 3 Azerbaijani helicopters, nearly 20 UAVs, including attacking ones, 30 tanks and armored vehicles”, he said.