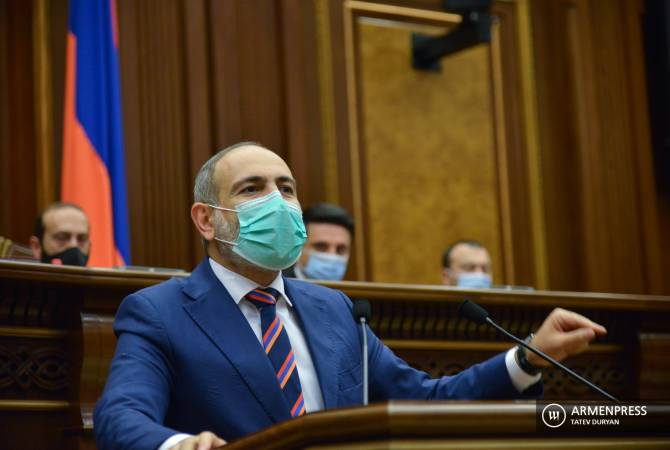 
YEREVAN, SEPTEMBER 27, ARMENPRESS. Armenian Prime Minister Nikol Pasjinyan says the entire Armenian potential should be used to inform the international community that the side which has started the attack first is Azerbaijan, it is targeting the civilian population and this process is supported by Turkey.

During a special session in the Parliament, MP from the ruling My Step faction Sofia Hovsepyan told the PM that many Armenians from the Diaspora, Russia have already gathered to come to the Homeland to protect it.

“There are communication problems due to the novel coronavirus, but we must use the entire potential, including that of the Diaspora. And I also want that we inform very clearly the international community, I hope that there is no doubt with this issue who is starting the attack first. And this information should be delivered to the international community very clearly”, the PM said.

According to the PM, the second message that should be delivered to the international community is that the Azerbaijani armed forces are attacking the civilian population, and the third message is that it’s obvious that this process is encouraged by Turkey. “The international community should take serious steps to restrain Turkey’s further destabilizing actions”, Pashinyan said.