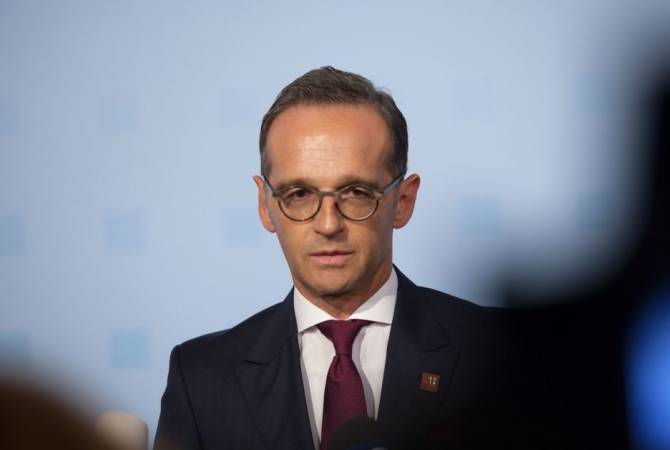 
YEREVAN, SEPTEMBER 27, ARMENPRESS. German Foreign Minister Heiko Maas calls on to immediately stop all acts of fighting in the Artsakh-Azerbaijan line of contact and the shelling of villages and cities, the FM has issued a statement.

“The news about renewed massive clashes between Azerbaijan and Armenia along the entire line of conflict do alert me. There are already reports of civilian casualties on both sides. I call on the parties to the conflict to immediately stop all acts of fighting and especially the shelling of villages and cities.

The conflict over the Nagorno Karabakh region can only be resolved through negotiations.

The OSCE Minsk group and its three co-chairs stand ready to facilitate this. Armenia and Azerbaijan must refrain from violent acts immediately and move on to substantive negotiations”, the FM said.