‘I’m optimistic, this exceptional team we can make it to World Cup 2022’: UAE head coach 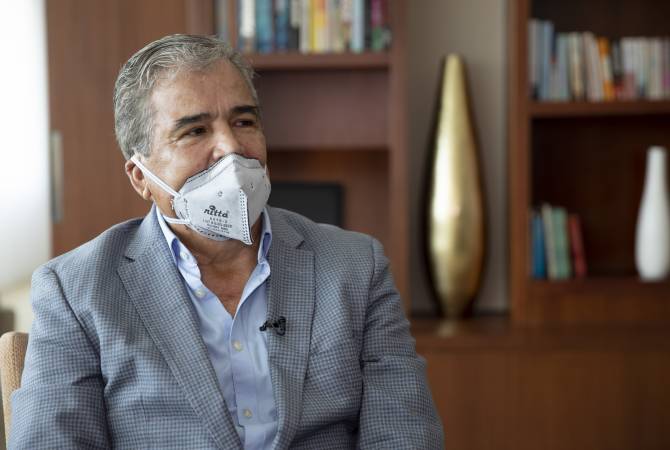 
YEREVAN, SEPTEMBER 27, ARMENPRESS/WAM. The UAE national football team’s new head coach Jorge Luis Pinto is here for a mission; to help the country qualify for both the World Cup 2022 and the AFC Asian Cup 2023.

In an exclusive interview with the Emirates News Agency, WAM, Pinto said, "I love challenges and I believe that everything is possible and that you can reach your goals if you persevere and focus."

The Colombian coach, who was appointed by the UAE in July, added that after holding 24 training sessions and a friendly match in Serbia he became familiar with the players’ capabilities and is now able to carve out a future plans for the team.

"I am very optimistic and I am happy with the unlimited support provided to the team by the UAE Football Association and the fans. Of course there are lots of challenges, but I love challenges," he emphasised.

Asked about next steps, he said the team is preparing for two friendlies with Kuwait and Uzbekistan in October.

The Whites camped in Serbia in the run-up to the resumption of their World Cup 2022 qualifying games, with four matches remaining, three of which will be played at home.

The UAE, currently fourth in Group G, are at a crucial juncture in the qualifiers, which also acts as a qualification for the AFC Asian Cup to be held in China in 2023.

Twelve teams which advance to the third round of the World Cup qualification will automatically qualify to the Asian Cup.

Pinto spoke highly of his players, saying that he has a team made of skillful elements.

"We are working on some quick wins like rhythm, speed, team play and tactical elements," he said.

"Regardless of the current position in the group, we can make the dream come true. We have exceptional and determined players, and we have all the support we need by the UAE Football Association and more importantly, by a base of very loyal fans."

After playing the return leg against Malaysia at home on 8th October, the UAE will travel to face Indonesia on 13th October.

The UAE have two wins and two defeats in four matches. They had begun their campaign with a 2-1 victory away against Malaysia and followed that up by defeating Indonesia 5-0 at the Al Maktoum Stadium in Dubai.

But they suffered a 2-1 defeat against Thailand and a 1-0 loss to Vietnam.