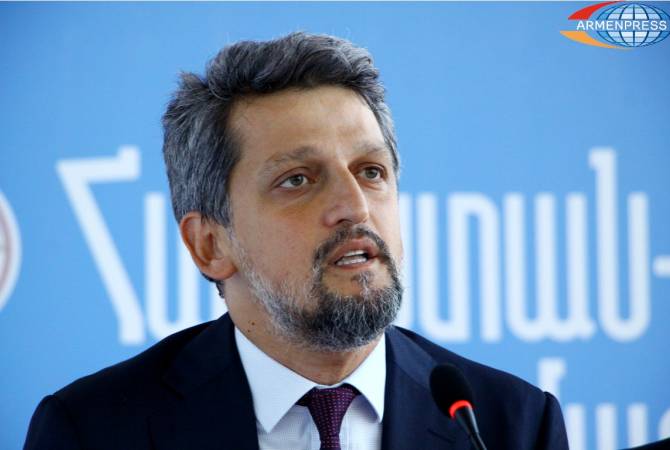 
YEREVAN, SEPTEMBER 27, ARMENPRESS. The ethnic Armenian opposition lawmaker of Turkey has called on Ankara to stop “fueling the fire” amid the Azerbaijani attack on Artsakh.

“Massive clashes are happening in Karabakh between Armenian-Azerbaijani forces. Our country [Turkey] must stop being the one who fuels this fire. There is no winner in this war. Let us take responsibility in ensuring ceasefire,” Paylan said on social media.