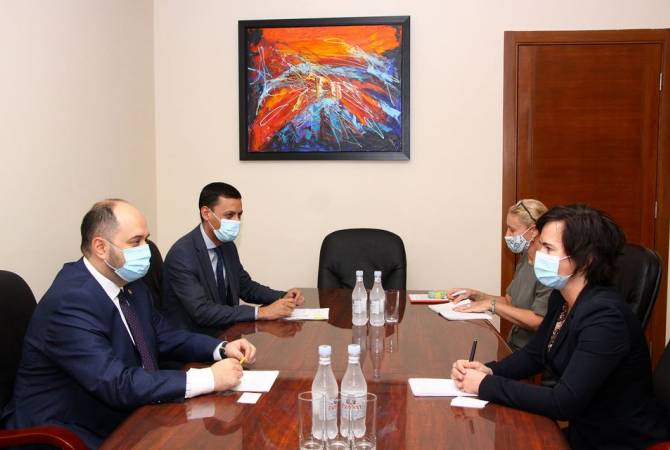 The meeting was also attended by deputy minister Artur Martirosyan.

The Lithuanian Ambassador thanked the minister for the meeting and stated that they have closely followed the developments in Armenia of the past two and a half years. She said the ongoing reforms finalize the processes which started during the Revolution days. The Ambassador informed that they are ready to support Armenia in its reforms path.

Welcoming the Ambassador, minister Harutyunyan introduced the works done so far and the ongoing activities. He said the laws on pre-school education, general education have already changed, sectoral strategies are at the development stage.

He also presented the actions aimed at introducing high technologies in general educational facilities, informing that engineering laboratories operate in almost half of Armenia’s schools.

In turn the Ambassador said the Lithuanian side is interested in the localization of the Armenian TUMO in the field of high technologies.

The sides continued discussing other issues relating to strengthening the Armenian-Lithuanian cooperation and implementing new projects.