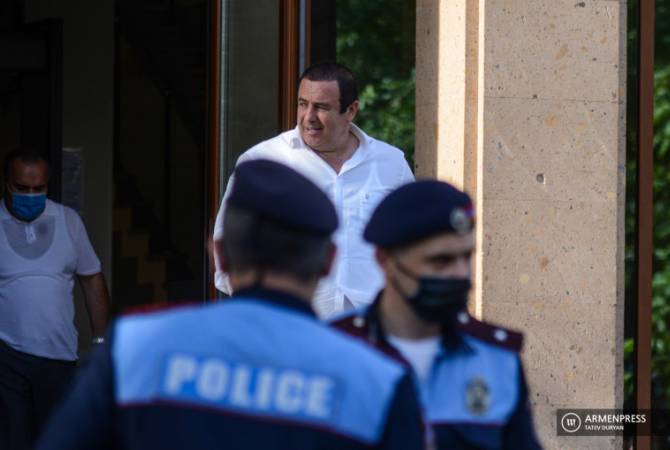 Tsarukyan is in the court.

Prosperous Armenia faction MPs and Tsarukyan’s supporters are standing outside the court.

Earlier the NSS issued a statement according to which a company, that is included Gagik Tsarukyan’s Multi Group Concern, has caused tens of billions of drams in damage to the state.

In another statement, the NSS said it revealed numerous cases on giving bribes to voters by the Prosperous Armenia party members, as well as candidates to vote in favor of the party during the April 2, 2017 parliamentary elections.

Gagik Tsarukyan has been charged for giving electoral bribe.