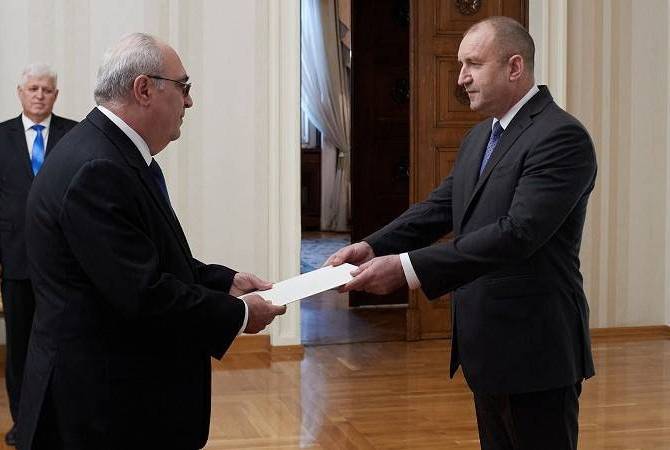 President Radev congratulated Yedigaryan on assuming office and expressed certainty that the Ambassador will have his important role in the further strengthening and deepening of the Armenian-Bulgarian bilateral relations. President Radev praised the high level of relations between the two countries and underscored the Armenian community’s positive involvement in both the domestic life of the country and bilateral relations.

In turn, Ambassador Yedigaryan assured that he will make all efforts to further deepen and strengthen the warm relations between Armenia and Bulgaria. He presented the post-2018 revolution reforms process in Armenia and addressed the Armenia-EU relations and other topics of bilateral interest.